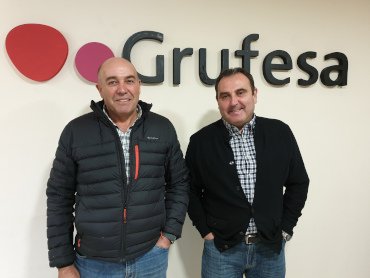 This campaign seems to be stable for the red berry sector with regard to its growth in hectares, and this will not be an exception at Grufesa

Juan Miguel Tirado, manager of the company from El Moguer, explained to Fruit Today that this season they will have the same amount of hectares, around 450, “although we will have to wait and see how this will translate in production terms because last year the weather conditions were very favourable and there was a super-production.” Grufesa marketed almost 20 million kilos of fresh fruit.

The hectares devoted to bilberries will be the exception with a slight drop and the company is ready to plant new varieties that avoid the collapse of the sector in a very short period of time: “I believe that up to now the sector has maintained a production without any modulation, which is not in line with consumption, and this will be an aspect that we will have to control.”

Regarding strawberries, the executive guarantees that “we must be careful about the volumes and the varieties and we must look after the produce.”

On this point, the company’s most representative varieties are Rociera, Rábida, Fortuna and San Andreas.“We have already harvested San Andreas and we are carrying out trials with Savana and Frontera, of which we have small productions,” he added.

Using the slogan ‘People make Grufesa’, the company is highly focused on emphasising the values of its workers. “The social value of what we do is vitally important and our aim is to transmit it, both outwards and inwards towards the company itself, making the workers feel important, because without them, we would not exist.” In the middle of the campaign, Grufesa has 800 people in the warehouse and in total, over 2,400 people work in the company.

The company’s innovations, both technological, such as in packaging, or social towards the community have been a constant, ensuring that it does not lose its way in the future.

Regarding technology, this year it has started working with a big data project to find out about production forecasts and it will be carrying out trials with fruit reception processes using mobile phones, instead of computers. Its differentiating packaging line has opted for giving value to different celebrations with special packages for Mother’s Day, Valentine’s Day, Christmas or Easter.

This year will be the fourth edition of the ‘Cultivate your values’/‘Cultiva tus valores’ programme, focused on children from the second year in primary school. Nutrition, sports, working and social values, along with sustainability are the five topics covered. In total, around 1,500 children will benefit from this programme, which has been very well received by the educational community.

PrevCuna de Platero: a pioneer in its sector
The latest from Nova SiriNext
YOU COULD ALSO BE INTERESTED IN