“Working with just one variety for four months is quite praiseworthy” 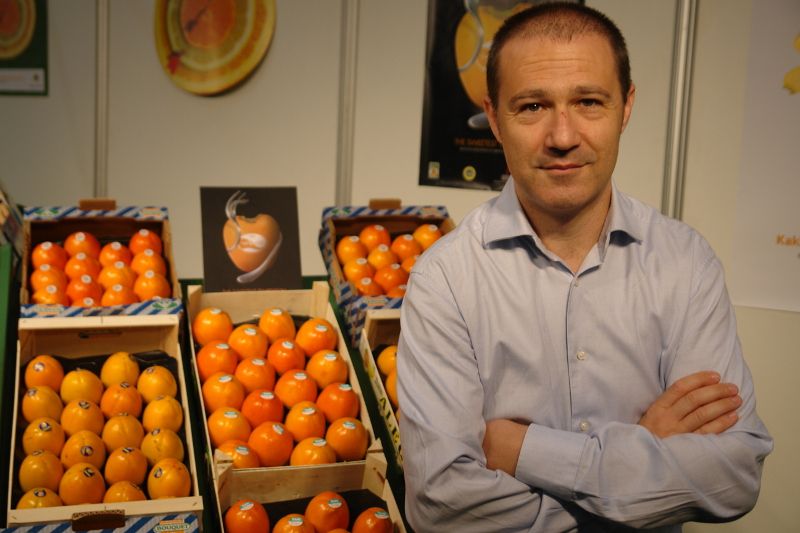 The persimmon has become the star product of the Valencian fields and has begun to compensate for the lack of profitability of the citrus fruit productions.

However, unlike citrus fruits, the produce can maintain its supply over a four month period. A single variety, the Rojo Billante, covers the entire campaign.

Rafael Perucho, manager of the Regulating Council of the DOP Kaki Riber del Xúquer, explains that “we all would like to start earlier and finish later, but at the moment we are having difficulties in finding vegetable material that does not coincide exactly with the Rojo Brillante’s production calendar. It is something that the IVIA (Valencian Institute for Agricultural Research) has been working on for some years now. In any event, it is very praiseworthy that a single variety is marketed over a four month period, it is a milestone and I have never heard of another similar case.”

The R.C. of the DOP Kaki Ribera del Xúquer is estimating a harvest for the campaign in progress that will be 15% greater than last year’s. The overall production of Rojo Brillante that this year will be able to carry the D.O. stamp will be around 100,000 tonnes of produce.

“We are hoping for a good production with some slightly smaller sizes at the start of the campaign, but this is something that we are not very concerned about since the different markets demand different sizes, such as the United Kingdom, where fruit that are too big are not well accepted”.

The Regulating Council’s sales strategy will continue to be firmly committed to the European markets, as well as Spain itself. Its investment in marketing and advertising rises to 1,200,000 euros, an amount that will allow very different means of communication and consumer segments to be covered.

“Last year we observed a very significant increase in Persimon® sales in the United Kingdom, France, Italy or Belarus. Although our aim is to continue opening up markets outside Europe to be able to market more produce, this is not something that happens from one day to the next, as it is very complicated and above all, slow, but we continue working to extend our sales portfolio.”

Furthermore, the commercial routes with Brazil, Canada and the United States tend to become consolidated year by year.

Regarding what the loss of the Russian market since 2014 has meant, Perucho explains that “it is something that continues to hurt us, not only due to the volumes that were exported, but also because Russia absorbed both standard and second class categories, which is difficult to do on other markets.”