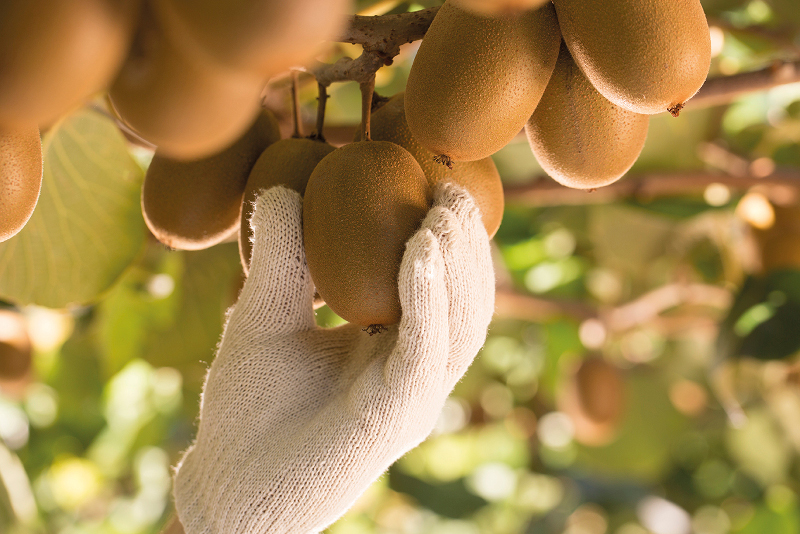 Two decades during which its insignia has become ranked as the number one brand recognised within the entire fruit and vegetable sector owing to the production of top quality kiwis, marketed 365 days a year.

Over this time, Zespri® has not limited itself to growing kiwis, but rather it has been immersed in a constant search for excellence that has allowed it to offer the best produce at all times. For this reason, Zespri® devotes a great effort to R&D+i, centred to a large extent on the creation and development of new kiwi varieties with a delicious flavour and excellent nutritional properties, which today are the ones preferred by consumers.

In fact, in the case of Spain, 83% of consumers of this fruit choose Zespri® Green and Zespri®SunGold, as opposed to the other green and yellow kiwi varieties respectively. The reasons for this choice are based on the flavour, the quality or the confidence that the brand inspires.

In order to maintain the high quality standards demanded by the company in all the kiwis that it markets, Zespri® farmers, without any exceptions, must work following the rules laid down in the Zespri® System. The company’s own creation, this is an integrated environmental production method that covers the entire process from cultivation to transport.

Thanks to this unification of the process, Zespri® grows kiwis in countries in both hemispheres, maintaining the same characteristics and quality parameters as in New Zealand. Therefore, consumers can find Zespri® kiwis at their normal store throughout the year, without any interruption.

The company’s leadership has been strengthened by the support and relationship of mutual confidence that Zespri® holds with distributors and sellers and which, in the last instance, extends to end consumers.

Zespri® International Limited is the company that markets Zespri® kiwis in 56 countries all over the world. In Europe it is present through Zespri® International Europe, N.V. with head offices in Antwerp (Belgium) and it also has offices all over the European continent (France, Germany, Italy, Spain, Sweden and the United Kingdom). These offices keep the company in touch with consumer tastes and trends on the different European markets.