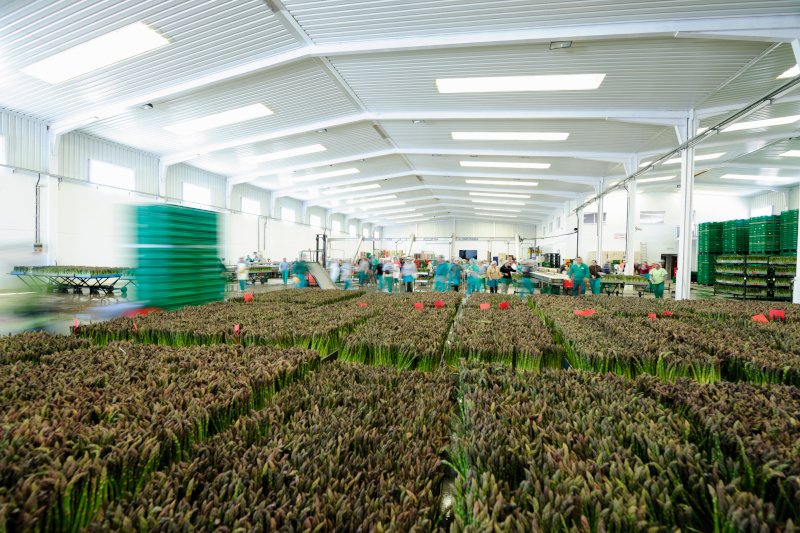 From sash to cardboard. The Centro Sur cooperative (Cesurca) is presenting its new line of compostable packaging (made from paper or cardboard) at Fruit Logistica, aimed at the more environmentally-aware consumers. A proposal that presumably will be well received in German supermarket chains, although the markets have yet to take a unanimous step towards committing to this type of packaging. It is a choice that “depends on the type of client. Many different opinions may be found in the same region or country,” comments the manager, Antonio Francisco Zamora. Alongside the new ‘overcoat’, Cesurca is also launching new presentation formats of asparagus spears: smaller (between 50 and 250 gm), adapted to today’s families and with the added bonus of being able to use 100% of the produce. Convenience and zero waste, in addition to the advantage of being more sustainable, as the fact of transporting only the part of the fruit that is going to be eaten involves a consequent saving in energy (fuel), CO2 and other pollutant gases.

The cooperative remains immersed in its growth strategy. They have planted another 23% of surface area. This is added to the fact that during this campaign they have plantations which, due to the weather, are in optimum conditions. Therefore, a good season is predicted in terms of volume and yield, and harvesting may start earlier than usual.

The start of asparagus growing trials in greenhouses, with ‘pilot’ structures, alongside the open-air plantations this year, is also worth mentioning.

In order to inform about its extensive range (green, wild with PGI Espárrago de Huétor-Tájar, white and purple), Cesurca will offer asparagus tastings on its stand (Hall 18, B03A), placing the emphasis not only on the quality and flavour of the produce, but also on its many properties that turn it into a ‘super food’. It is an excellent source of protein; it has a reduced energy value; it has very low content of fat and sodium, fructans, saponins, folates… For all these reasons, and also convinced of the advantages that asparagus growing means on a socio-economic level, Cesurca is actively working on creating the ‘Spanish Green Asparagus Association’, along with other companies from Granada, to defend the sector. The project, still in its early stages, is open to other producing regions and in the medium term, its future involves managing to establish an inter-professional organisation.