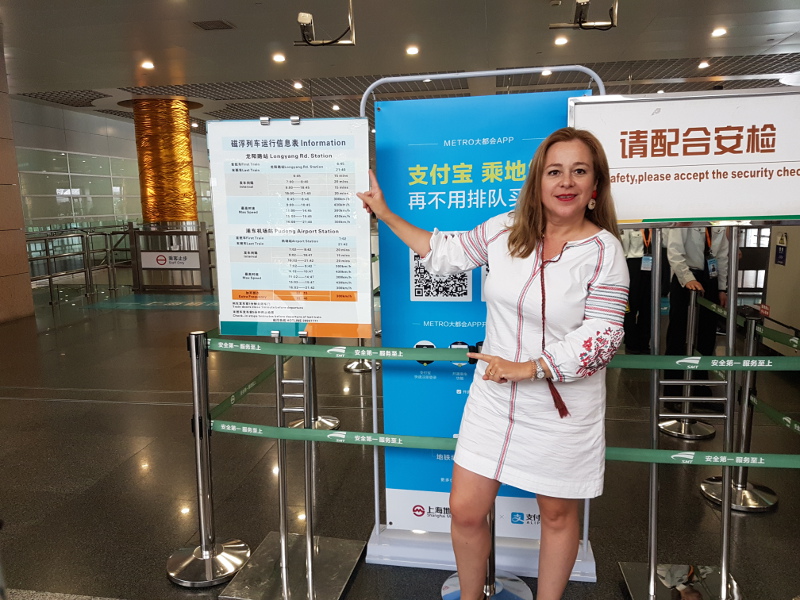 I recently made a quick trip to China, led by Oliver Huesmann, a renowned expert in the Asian continent, and in the Chinese market as well.

The experience left its mark, but above all, I find it an almost impossible task to explain the magnitude of the country and of the market in question. For a European, imbued and engrossed in the dimensions of the Old Continent, this is very difficult.

The Chinese government is concerned about how to feed its thriving population. This is not a trivial assertion because China has bought thousands of hectares in Argentina and the Ukraine, and half of Africa is now in its hands. As occurs with the arms industry, the agrifood sector has a strategic component for any country. And much more so in a country where only 10% of its surface area is suitable for farming.

Up to now, Spain has signed two bilateral export protocols (citrus and stone fruit), but it is very likely that the grape protocol will be signed in the near future. This will be followed by others, one of which will be the persimmon protocol.

Chances are, these protocols will not contain the best requirements to make things easy for the marketers. I may even venture to say that they will make exports even more difficult. Still, Spain must start to lay the foundations for its business in the Asian country, creating its own brand and becoming well-known, not only for its football teams, but also for its fruit and vegetable potential. And in addition to this, it must bring to the table the question of whether it is feasible or not to modify in our favour some of the requirements that China is asking of us, such as altering the degrees used in the cool treatment. Some countries such as Australia and even South Africa have already done this.

Farming has, at times, turned into geo-strategy and into exchange politics (we have already seen this with Mr. Putin, and we have been about to see it with Mr. Trump, or should I say Mr. Tweet) and as ours is sufficiently powerful, Spain must strengthen its business ties with the Asian giant.

These new relations would allow us to not depend as fully on the Old Continent; which I would call the Small Continent because just the 7 southern provinces of China alone have more population than all of Europe. A fact which, in terms of consumption, should not go unnoticed by anybody.

China knows this, and so it has made its move. Its government knows that its inhabitants’ diet is becoming westernised and requires produce that was not included in its more traditional foods.

We will not be essential for China, but we can be part of the elite that now sells its produce in the Asian giant, under the premises of food safety, quality and good prices.

PrevThree astounding markets: Guangzhou, Chengdu and Shanghai
Camp.al, an example of good managementNext
YOU COULD ALSO BE INTERESTED IN