“Consumption is evolving at different rates” 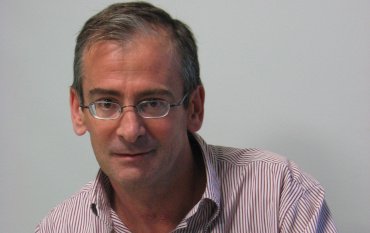 In the current citrus fruit campaign, an important upturn in consumption was expected, but so far this first part of the season has seen more downs than ups.

Nacho Juárez, head of the category at Anecoop, explains these fluctuations to Fruit Today.

In general, the campaign is unfolding with parameters where the lack of size is the general trend. How is this affecting Anecoop? Are these smaller fruits being diverted to Eastern Bloc countries?

Indeed, the fruit is smaller in size due to the late rainfall, and although it is also true that this year there is a higher percentage of these sizes being sent to the markets in Eastern Europe, the trend in these countries is progressively moving towards more commercial sizes.

During this season, in which production costs are higher in both the fields and the warehouses, maintaining profitability is one of the main challenges. Are the current prices in line with these costs?

The campaign started off well regarding prices, but the pressure of product and size has meant that they have toned down, and at the moment they are slightly lower than at the beginning of the season. Even so, there might be profitability if the uses and the average production per hectare were to be good.

During the months of lockdown, citrus fruit consumption increased considerably, has this boom come to an end?

We started the campaign with expectations of increasing consumption, driven by the special concern about health derived from the current circumstances, although without reaching the levels of the first weeks of the lockdown.

The truth is that consumption has evolved at different rates. The start of the campaign was verging on good, but then the demand dropped off considerably to below the expected rates until the end of November, with upswings since them, ending at the good current rates. Even so, it is difficult to foresee what will happen on the market in the medium term.

What volumes of citrus fruit will Anecoop market this year? Could you give me a breakdown by category?

Which markets outside Spain continue to boom?

The important markets for Spanish citrus fruits continue to be Germany and France. But due to its leading position as a significant worldwide exporter, Spain must aspire to be represented on all the import markets around the world.

Have there been any changes, or anything worth mentioning within the European market?

The European market continues with the concentration processes of the large retailers and it is increasingly more obvious which companies are going to be the references in each country.

Apart from this, every year citrus fruits compete with more promotable references.

Over the past 5 years, what has the percentage evolution of citrus fruits been within Anecoop’s overall volume?

During this period, Anecoop has seen an important development in virtually all the product categories, although citrus fruits continue to be one of the significant foundations for the company and the most important point, this is a stable category.

Prev“In France there is much prejudice against Spanish produce”
Hispalco, unlimitedNext
YOU COULD ALSO BE INTERESTED IN