‘Ecologízame’ (Ecologise me) will promote the consumption of ecological products 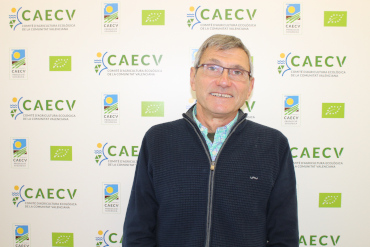 Dishes and recipes will become the stars of this second campaign by the CAECV, with the aim of standardising ecological production in society

In 2020, the Ecological Farming Committee of the Valencian Region (CAECV in its Spanish initials) presented its first campaign under the name of ‘Ecologízate’ (Ecologise yourself) to support the Valencian ecological sector. Now, in 2022, it has once again backed this type of farming and it has launched a second campaign, with a slight change in the name. Just by changing the pronoun a new approach has been found: ‘Ecologízame: es bueno y está mejor’ (Ecologise me: it is good and it tastes better) the slogan runs.

The CAECV is in charge of controlling, representing and promoting ecological products and the over 4,000 certified operators in the Comunitat.

In this way, they are inviting changes to be made in consumption habits and giving visibility to the importance of the ecological sector in society, in line with the 2nd Valencian Plan for Agro-ecological Transition (2021-2025) by the Valencian Department of Farming, Rural Development, Climate Emergency and Ecological Transition.

Now, the message has changed: the idea is for consumers ‘to make ecological produce their own’, “doing their own bit, transmitting it and spreading this knowledge amongst their friends and family members,” the committee’s chairman, Vicente Faro, affirms. The dishes and recipes will be ‘ecologised’.

The team from Fruit Today wanted to find out more about ‘Ecologízame’ and chatted to Faro.

Why is it important to make ecological production visible?

It is not only a product without any chemical additives, but it also implies a social improvement, because it uses more labour. It is a sector that involves younger people. The average age of incorporation to conventional farming is 64 years, while to ecological farming, it is 48 years.

In addition to a small change in the name, what differences does it have compared to the previous campaign?

It is a natural evolution. The first campaign worked very well, but in this one the idea was to put the spotlight on the end consumers and make them see that any product that they eat at home can be ecological and within their reach.

And what does this support consist of?

It involves promoting consumption through high schools, school dining rooms, public hospital dining rooms… With just a minimum percentage of ecological production being introduced, and ensuring that this percentage is not only in prepared food, but also in fresh food. This would increase consumption and make society enjoy these types of food.

In Europe, the large distributors have been backing bio produce for some time and they have been making it more popular. In Spain, this is resulting more difficult and one of the goals of this campaign is to achieve a greater consumption on the Spanish home market to ensure that the sector can continue along the path of sustainable growth.

Do you think that the European goal of 25% of ecological crop surface area will be reached in 2030?

At the moment, the leading country in certified ecological surface area is France and Spain is in second place. According to the latest data that we have access to, Spain already has 10% certified ecological crop surface area, while the Valencian Region has over 20%. We want to reach this figure, but with the Russian invasion of Ukraine there is some uncertainty. We don’t know what is going to happen.

How does the new legislation affect 2022’s ecological farming?

This legislation affects all the EU countries equally, but what has been done is adapt it more to the types of crops that can be grown in each territory. Mediterranean farming is not the same as Central European agriculture. This change was demanded from within the entire area of ecological farming, ensuring that it was not as strict or inflexible. It is a change in favour of structure flexibility.

What are the Committee’s next goals regarding the Valencian Region?

We want to promote ecological production sectors that are very Valencian, such as rice, citrus fruit, fruit, vegetables… We are in a region where much of the traditional production is disappearing as it is unprofitable at producer level and, here, ecological farming is taking over the space. We want to move forward regarding the fact that farming in the natural, protected spaces is ecological in order to conserve them and maintain them.

We are also going to study the way, if possible, in which entire municipalities can be declared ecological.

Lastly, on the subject of common fertilising, we also have to continue moving forward. It is an unresolved problem that restricts and, at times, dooms the professional development of the farmers. It is true that work is being done on this subject, but is also just as true that we need to find a solution quickly.

Prev“At Camposeven, our generational replacement is already underway”
“Specialisation is risky, but we try to avoid doing the same old thing”Next
YOU COULD ALSO BE INTERESTED IN