Even the club varieties are not immune 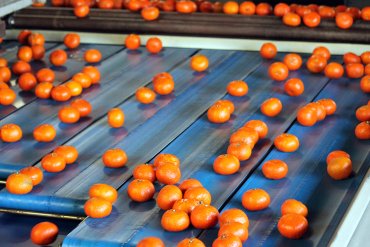 Since the beginning of the campaign, the prices of virtually all the varieties have been very low. The second campaign varieties of mandarin also started off with prices way below previous years, with an even more drastic drop from February onwards due to the fall in demand and a historically high offer, with an overwhelming abundance of small fruit.

Traditionally, in this second part of the campaign, the varieties belonging to the different clubs obtain results that greatly exceed those on the free market. However, the crisis is so deep-seated that it has even caught some of them.

Varieties such as Nadorcott or Tango are maintaining prices of below 0.60 euros/ kilo and in the case of Ortanique, the prices have dropped considerably, moving in a range of between 0.12 and 0.16 euros/kilo in Castellon. The Navel Lane Late is another of the varieties with incredibly low prices.

In this situation, many farms have stopped harvesting due to the bad market conditions and it is very likely that the rainfall will mean that in the areas worst affected by the Isolated Depression at High Levels (DANA, in its Spanish initials) no harvesting may be carried out.

The economic losses in this campaign are going to be very considerable both for farmers and marketing companies.

The rising price of inputs, which started back in August, has continued to grow since then, with an upswing that reached maximum figures with the outbreak of the Ukraine war. The situation is serious for the sector, which also has to bear the high prices of fuel and energy that are wreaking havoc all over Europe.

According to sources from the sector, the forecasts for the next campaign indicate that many farmers will abandon their fields and those that survive this situation will not have sufficient economic capacity available to them to be able to offer suitable quality standards. “The economic impact of the war, a variable that is out of our hands, has been the last straw.”