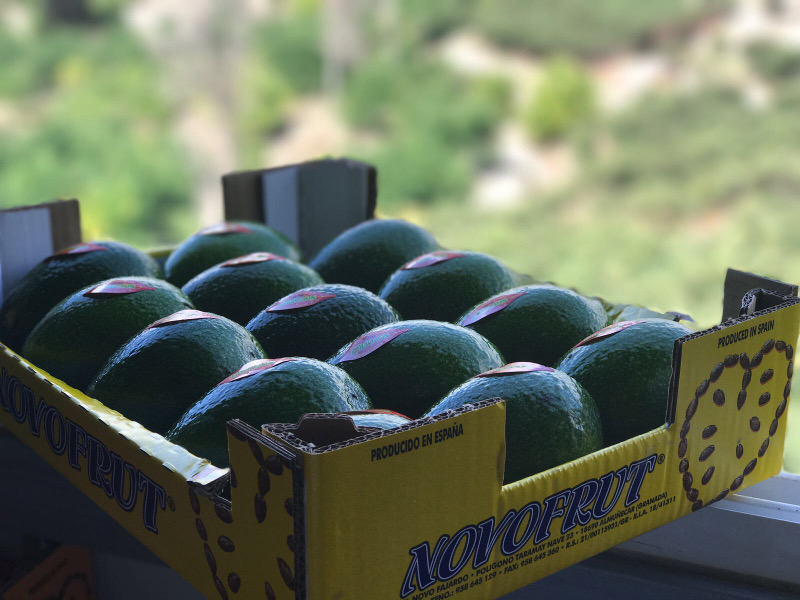 In two years’ time, 20% of its total volume will be ecological

The campaign is beginning with good prospects for Novofrut. Last year, they started along the ecological route with 10% of their total volume, and for this year they anticipate continued growth, with idea of doubling bio production in 2020, once the conversion period of three of their farms has been completed. The company’s conventional line is also increasing with almost 4 million kg, including custard apples, mangos and avocados, which this year have new calibrating machinery that will allow the volumes to be doubled. “In this campaign there are good qualities and enough produce because, thanks to heaven, there is water,” the sales manager Jose Francisco Novo explains. The gratitude is literal, because public administrations have yet to give an effective response to the scarcity of water. “The use of treated sewage water for irrigation has been granted, but it is expensive and the projects for the Rules Reservoir are still being processed.”

With a 50% export share, the company from Granada is seeking to increase its clientele in countries where it is already present, such as the United Kingdom, Germany and Italy, with commitment to quality and new reduced size formats. This segment includes avocados weighing from 90 to 156 grams in bags containing two or three fruits; mangos weighing under 300 grams and date avocados, a limited produce line (only around 1,500 kgs are produced from every 100,000), but that is highly profitable, with prices ranging between 2.5 and 5€/kg. A special mention should be given to the medlar, another of the references the company works with. “We are maintaining the volumes, but within the sector it is a line that is tending to disappear”. And the fact is that although it needs little water, the high cost derived from the labour it requires does not compensate the prices, which are dropping.