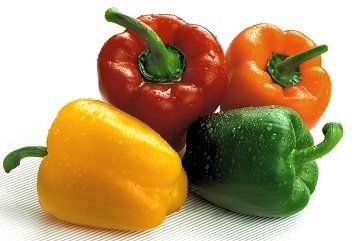 Why has this crop become the new star product in the fields of Almeria?

Just over a decade ago, when farmers were asked about their forecasts for the campaign, they frequently responded with a tagline that invariably included the expression ‘this is a lottery.’ The effects of the weather, pests, the ups and downs of the markets… are arbitrary questions that affected the harvests (and continue to do so), but the importance of some of them will be reduced with the help of tools such as big data, providing certainty and reliability in decision-making. While this new revolution of ‘agritech’ is arriving, farmers and companies are holding on to the balance sheets and prices from previous years as ‘guides’ to programme the harvests.

In 2019/20, pepper production under plastic in the province of Almeria increased by 16% compared to the previous 5 campaigns, and 7% in relation to last year. The price at source rose by 2% and revenue by 9%, a percentage that is similar to the profit margin, according to Coexphal. In this campaign, the forecast exceeds 12,200 hectares in Almeria. Once again, peppers are on the winners’ podium for greenhouse crops. What is the reason behind their success? Obviously, there is no single answer; the ‘why’ includes many factors. But when consulting with companies in the sector, the same points are repeated over and over again:

Producers want to know how much they are going to earn with their crops and the stable trend of peppers gives them security: in 2017/18 the average was 0.73 €/kg; in 2018/19, it was 0.77; and in 2019/20, it reached 0.79 euros, according to the Andalusian Regional Government’s Prices and Markets Observatory. This is one of the main elements behind the crop’s success.

Another reason for the crop’s good situation are the lower production costs compared to tomatoes, with 3.29€/m² as opposed to 4€/m² (without using family work force), and the fact that, although they have competitors in third countries, “they are less dangerous than competitors for tomatoes,” according to Loli Rodríguez, sales manager and head of California Peppers at Unica. Peppers need weather conditions that do not occur in all regions. “Israel produces California peppers, and, at certain times, this can affect Spain when they coincide in the same sales window, but in this case this only happens with California red and yellow peppers, not green ones.”

Although serving the produce 12 months of the year has been one of the sector’s trump cards, there are now voices indicating that Almeria should “stick to its own share”, leaving the land fallow in July and August, as used to happen. This is not such an outlandish alternative, as during these months, as well as having more competition, there are more quality problems due to the high temperatures, humidity and pests. One of them is the Creontiades. Its bite cannot be seen on the fruit, but when it evolves, the fruit rots on the inside and this causes rejections on the preparation line.