Romancero is gaining in popularity 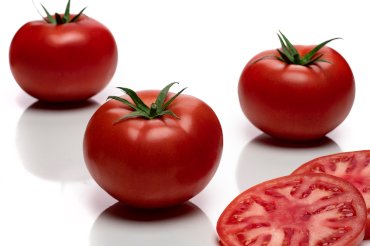 Ramiro Arnedo continues promoting its vine tomato variety, aimed at positioning the company as the leader in its segment.

Just two years after its commercial launch, Ramiro Arnedo has revealed its new vine tomato, Romancero, amongst the farmers in Almeria, and has managed to make them recommend it to the main marketers in the region. Their goal? To become the leader, settling down as the reference in the segment. The variety is not lacking in qualities: it is very early; it provides high production with bright-red fruit, good consistency and firmness, and M-G calibre, along with a perfect spike throughout the entire cycle.

The vigorous, compact plant, has short internodes and a very good fruit-plant balance that allows it to have long or short cycles (it adapts well to winter temperatures), although it is mainly focused on medium-late cycles, according to José Luis Márquez, a Tomato Development Technician from Ramiro Arnedo.

In the company’s portfolio, the following varieties also stand out: Trabuco, a very productive, beefsteak tomato (GG-GGG). Large fruit from the first vine to the last, it stands out due its very good consistency and firmness; it may be harvested when dark green, orange or red because of this significant firmness. Recommended for transplanting in July and August, and from springtime onwards (almost until the summer), it is a very versatile material, both in dates and in crop growing areas (greenhouse, netted, open air…).

The variety’s significant robustness allows large tomatoes to be obtained on the upper part of the plant, without any blossom end rot, hollowing, splitting or becoming blotchy.

For all these reasons, the commercial rhythm continues to increase in marketers and auctions, “the variety has rising sales,” José Luis Márquez confirms.

Another well-known variety in the sector is Macizo (for transplanting from the 15th of January to the 15th of August), which has become consolidated as a reference in large plum tomatoes due to their quality and resistances.

Alongside these materials, the seed company is introducing new flavourful varieties that provide an added value in prices: a green, grooved tomato and two plum cherry tomatoes that will be ready for the pre-commercial phase next campaign.

Prev’We are fresh’, Cricket’s summer campaign
Yuksel, a specialist in flavourNext
YOU COULD ALSO BE INTERESTED IN