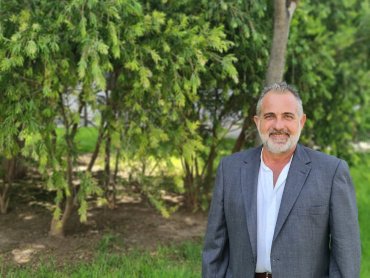 The company from Alicante, Betisan is concentrating all its marketing on its own production of seeded grapes

Fruit Today euromagazine talked to José Enrique Sánchez, the Manager of the company, who guarantees that there is a future for both lines.

His company is amongst the ones which, in a manner of speaking, is geared up to the more traditional markets.

I would not call them more traditional markets, but rather different markets because seeded grapes are the preferred varieties in southern European countries, where their consumption is deep-rooted.

But, the general trend is showing an increase in consumption of seedless varieties; you only have to look at the Italian market.

Yes, it is true. The new plantations are leaning towards seedless grapes, but seeded grapes have not disappeared. The two types are eaten and, therefore, both have a great future. I don’t believe that we should create a war and have to choose when we can have both.

Are you still committed to the Italian varieties?

Categorically. I think that today too much emphasis is placed on carrying out variety changes. Large amounts of Doña Maria are being planted because it is meant to be more productive, but the young Italian varieties have the same production ratios.

Personally, I am a supporter of the idea of making the crops profitable, optimised and adaptable. The same thing is happening now as occurred years ago with the variety Aledo, which was put to one side. In our case, we opted for it and we improved the crops and the structures and it went well for us. A variety disappears because it goes off or has cultivation problems, not because someone says that it is no good.

Betisan has opted for seeded varieties (Aledo and Italian ones) and it will carry on renewing its crops to ensure they are profitable and serving their markets, as it has always done.

When is it time to grub out a vine?