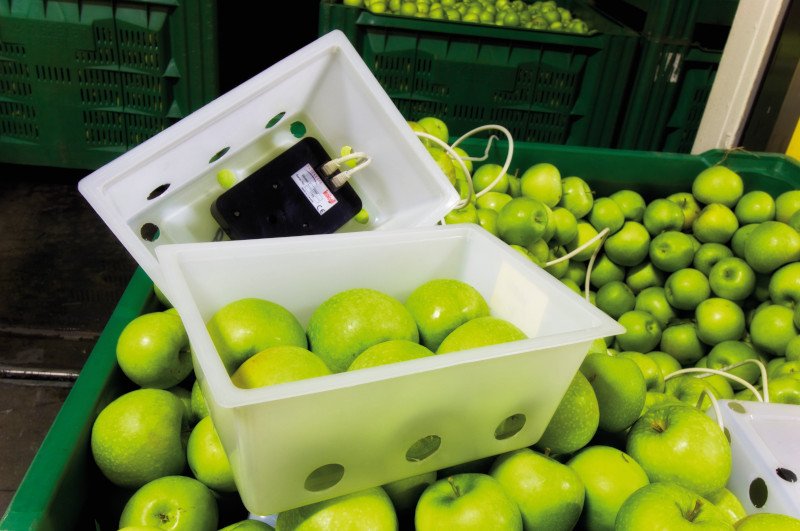 From a small family-run company established in 1958, Isolcell has become considered a world leader in the field of modified and controlled atmospheres. A real milestone that has been achieved due to effort, perseverance and constant innovation, which is not surprising as it holds over 33 international patents. Currently, the company, which forms part of an industrial group headed by Finanziaria Unterland Spa, operates in over 70 countries all over the world and it is experiencing an appreciable increase in sales of dynamic controlled atmosphere (DCA) systems for conserving fresh fruit, mainly apples and pears, but also kiwis. The system, called Isostore (DCA-CF), reaches important yields thanks to a continuous, individualised monitoring where the fruit ‘talks’, issuing its specific needs at all times. Isostore works with fluorescence sensors, using a unique technology to reach the minimum oxygen level possible in the cells, aimed at obtaining much higher storage quality without any risk of fermentation. “We measure the fluorescent signal of the chlorophyll contained in the fruit’s skin on a sample of the produce, and below a specific oxygen level, the signal clearly increases, showing that the limit has been reached,” comments Tito Spaldi, Sales manager. This is when an alert is issued for operators to adjust the levels. This mechanism differs from traditional modified atmosphere, where the oxygen and CO2 values were general, according to each variety, using tables established for guidance issued by official organisms, such as the IRTA. With the DCA important advantages are obtained: use of post-harvest chemicals is avoided (ideal for bio productions); wastage is reduced; the fruit is conserved with better consistency and organoleptic properties and it conserves its original colour, amongst other factors. In addition, although the system is very well known in the apple and pear segment, it is also optimum for kiwis and it is being tested on other produce such as broccoli in Poland and asparagus in England. “Over ten years ago we carried out trials for transporting kiwis between New Zealand and France. Today, it is frequently used for yellow kiwis, because they are very sensitive to the cold and to CO2 stress. Monitoring is carried out in the cold storage rooms and the indicated parameters are followed during the transport,” Spaldi explains.

Isolcell designs and builds turnkey warehouses, based on polyurethane and sandwich type panels of thermal insulation, insulating doors, gas hermetic levels, industrial cooling and providing all the equipment necessary to control the storage atmosphere. R&D is one of the company’s keystones. It works alongside universities and research centres on projects aimed at knowledge transfer and marketing. Since 2000, the company has been certified as a Research Laboratory accredited by the Italian Ministry of Universities and Scientific and Technological Research.