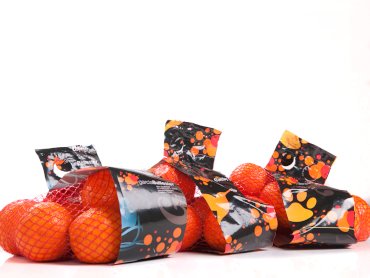 Fruit Today euromagazine talked to Jorge García Monfort, the fourth generation from García Ballester, one of the families with the longest tradition in the Valencian fruit and vegetable growing sector.

García reveals the keys regarding the first part of the campaign and he comments on the company’s commitment to Leanri, one of the CVVP’s varieties that is obtaining the best results.

What is happening with the European citrus fruit demand, as the lack of fluidity seems to be surprising all the agents on the chain?

I think that in this campaign we started out with some very high expectations. During the summer we thought that, as the demand continued to be high, this would carry on in the same way in the autumn. And the truth is that this has not been the case. The furore about consuming vitamin C has passed. For the first time in history, we thought that although the harvest was larger, the demand and the prices could also be higher. And this has not happened: the cold weather arrived late to Europe and the large-sized fruit have not appeared. A situation has occurred that has surprised not only farmers and warehouses, but also the actual importers and retailers.

Could the situation regarding the sizes change in the second part of the campaign?

The size always depends on the amount of fruit on a tree. And this year, for example, Clemenules have stayed small as a result of the large amount of fruit on the trees and also due to a lack of rainfall. Navelina are also small. However, in the second part of the campaign, this should change. Navel Late will be larger. Rainfall is an important factor in the ripening period of the fruit and it has rained in November and December. With respect to Nadorcott, there is usually a more stable volume and I think that there will be medium-sized fruit.

Maintaining the profitability of the companies, with costs that have doubled and tripled, is one of the main challenges in this season. Are the current prices in the same line?

No, it is very difficult to pass anything on to the supermarkets. On an individual scale, we have no force, although at times, the sector as a whole can be stronger; and this can be seen when several operators continuously reject an offer. Our profit margin lies in the production costs from cutting the fruit until it is put on the lorries.

The club varieties have been the stars for the past few years, what is García Ballester’s option?

The CVVP’s Leanri variety is our latest incorporation. We calculate that we will reach 250,000 kilos and our volumes will continue to rise because we have young plantations: of 1, 2, 3 and 4 years. Leanri is bringing satisfaction to the sector and there is already a critical mass available to serve the supermarkets, although now most of the variety is made up of trees that are 1 or 2 years old. We, along with several other companies, were pioneers in opting for this variety.

García Ballester is one of the companies most present on the Chinese market. How has this behaved and what has the incidence by the pandemic been?

As all exporters, in March and April, due to COVID-19 we had problems because China sealed its borders tightly, but we will start exporting again in the third week of January if the goods reach the Brix necessary for this destination. Contrary to what is happening in Europe, it seems that China is maintaining its demand, in spite of the fact that most people don’t eat oranges in their homes, but rather in restaurants and hotels and they are even given as gifts.