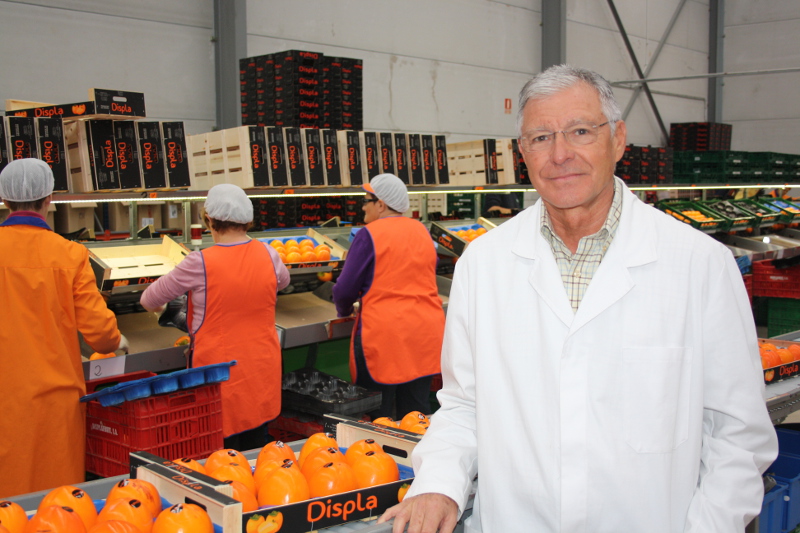 With a production that will exceed 700,000 tonnes of persimmons in three years, the European markets could be not enough

The National Persimmon Association (Asociación Nacional del Kaki), having recently returned from the Asia Fruit Logistica trade fair, held its second Annual Meeting last September. From this platform it proposed the pressing need to transmit the negotiation of protocols, mainly with China to the Autonomic and National Governments, which allow the export of this fruit.

Regarding the need to take the pressure off the European market, Masiá was highly vindicatory: “I will not give up on this claim since the important production that will occur over the next few years must make us think ahead about new markets, as these will not open up immediately and we need to act now.”

Constant references to these new markets in Asia were made several times at this meeting due to the fact that in the Asian countries there is the added advantage that consumers know about the produce and no type of promotion is required. And in this way, the executive sponsored the idea amongst those attending to create a common brand and to maintain a high price of the product since it is a market where there are over 200 million consumers with very high purchasing power and who are willing to pay high prices for European produce, since the produce from their own country does not offer as many health guarantees.

Spain has no export protocol signed with China, the largest producer and consumer in the world of this fruit, with over 3,800,000 tonnes per year. Following this line, Masía repeated in the presence of the Regional Secretary for Agriculture, Rodríguez Mulero, “We are not asking the administrations for subsidies, we just want access to the market in these countries and to take the pressure off the traditional markets such as Europe.”

The newly started season will have a production of between 350,000 and 370,000 tonnes, an amount that is less than that predicted last April, but that continues to grow. The excessive heat suffered by the plantations has been the fundamental cause for the volume announced in the spring of 407,000 tonnes, not being reached.

In his statements, Vicente  Masía, chairman of the association, as on other occasions, emphasised the essential role played by the producer throughout the entire chain. “If the producers do not receive a decent price, the business will come to an end.” In spite of everything, he is optimistic, since the size and the quality expected could bring an optimum value to ensure the farmers continue with their work.

The problem of pests

The spreading of pests and the mechanisms used to avoid them is one of the sector’s main concerns, since some of the elements that are used to prevent them are authorised for other crops, but have not been approved for persimmons. “For this reason, we are calling for the conditions to be made equal, but the situation is moving very slowly.”

Criptobables Gnidiella (cotonet), but above all white fly, are affecting the crops, where the fruit drops or there is an important wastage.