“Traders and now even more producers” 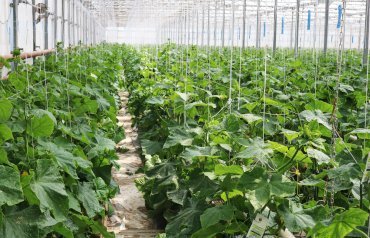 The company Quality Life Produce started operating in September 2016, and it now has 63 ha of crops (including its own and those of its associate farmers), which will double every year over the next few campaigns. Currently 65% of its volume is bio and the remainder is in a conversion phase. The fruit and vegetable producer, which was established to serve the companies belonging to the Best Fresh Group (Bio Montaña, Biofrucht Niederrhein and Bio World), allows the new retailer requirements to be met, which are increasingly opting for going directly to the source when making purchases, particularly in the case of bio produce, where the middlemen are virtually a taboo subject,” according to Job van den Berg, Managing Director of the companies. “In our case, we have enough infrastructures in Spain, Holland and Germany to guarantee the supply all year round, as well as bringing the added value of the marketing companies (Bio Montaña and Bio World).”

This year the increase in volumes of fruit and vegetables under cover stands out, along with the company’s introduction to the American market with a direct client, supplying 80 t of cucumbers to it in the first week of the campaign alone.

To respond to this growth, they have acquired new premises in Motril, where they will manage tomatoes and peppers, while in the Molvízar premises they will deal with cucumbers, courgettes and aubergines, as well as mangos and avocados.

Likewise, to be able to supply their clients with quality produce all year round with Quality Life Produce, they have purchased greenhouses in the north of Holland, where they have 4 ha that produce the equivalent of 20 ha in Spain, thanks to their innovation (in structures, control systems, etc.).

Specialities are very attractive for supermarket chains; however they are not always profitable for the producers. At Quality Life Produce, they have set aside part of their farms to meet these niches in the market. “This year the new development in bio is the purple sweet potato.”

They have also added new containers in order to contribute to the ‘war on plastic’, using cardboard tubs with banderols.