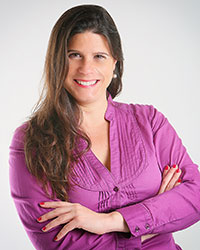 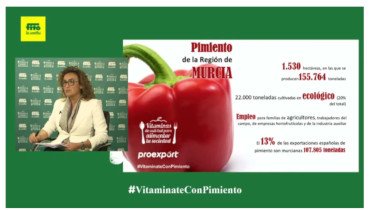 Using this slogan (Get your vitamins with peppers), the seed company organised an original virtual meeting to promote peppers and to publicise their production and nutritional virtues.

From the Region of Murcia, with Fernando Gómez, director of Proexport, as MC, Semillas Fitó organised an online session to reveal all the data for peppers, going from their cultivation to the consumers’ table.

The event started with the culinary art of María Gómez, chef from the restaurant Magoga, who made a courgette ceviche with a pepper base. Gómez was accompanied by the dietitian Rebeca Pastor, who showcased the nutritional qualities of this vegetable. Pastor underscored its benefits in terms of Vitamin C, fibre, water and antioxidant content.

Subsequently, Salvador Paredes, a plant breeder at Semillas Fitó for open air and protected peppers and Eva Pérez, from Agromontes Fresh Group, who is also the chairwoman of the Pepper Sector Committee at Proexport, took part in a debate.

Eva Pérez indicated that the creation of the sector committee was very necessary because there is very little data on production, consumption, export or hectares. Today, there are 1,530 hectares in Murcia, which produce 155,764 tonnes of peppers. 20% of this production is ecological (approx. 22,000 tonnes). Exports reach a figure of 107,805 tonnes. With this data, it is known that 13% of Spanish pepper exports come from Murcia.

Pérez also emphasised the sector’s specialisation to reduce the consumption of water and fertilizers to obtain a better product.

“Farmers from the Campo de Cartagena carry environmental care in their DNA,” Salvador Paredes stated. “And at Fitó we like working alongside them, with a direct relationship to see their problems and try to find solutions for them.”

Semillas Fitó wants to provide farmers with varieties that have less plant protection, water or fertilizer requirements, that are profitable and productive and that in turn, are healthy, appetising, fresh, with good flavour, texture and the like for consumers.

Regarding ecological crops vs. conventional ones, Paredes comments that both are compatible, not exclusive, although consumption is leaning towards ecological crops. “The conventional crops in the Campo de Cartagena are very technical, completely different to cultivation techniques used in third countries. It is a highly technical crop.”

Eva Pérez ended by indicating that pepper consumption during the months of confinement has suffered from many ups and downs each week, depending on consumer purchase triggers.

Semillas Fitó wants to use a photography competition to put the focus on peppers, with three categories and different prizes.

The session can be seen on Semillas Fitó’s YouTube channel.