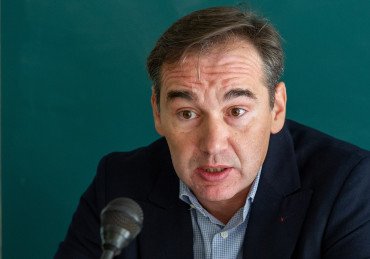 Stone fruit play a leading role at this time of year, in all their different varieties, along with watermelons and melons. The vice-chairman of the Barcelona and Province Fruit and Vegetable Wholesaler Guild (AGEM), Pere Prats affirms that “the weather conditions have reduced the stone fruit production in places as important as Lerida and Aragon, but in spite of this drop, there is enough offer to supply the markets, shops and large retailers, as well as to meet export demands.” Up to mid-July, 9% less stone fruit has been distributed than last year. Accordingly, Prats points out that “this reduced offer has caused upturns in prices, as in the case of cherries, although in general, we are seeing a campaign with correct prices and good product quality.”
Good quality in melons and watermelons
In spite of the fact that the start of the melon and watermelon campaign was affected by the hail that fell in Murcia, one of the main sources of open field crops, “now we have good quality produce, with normal volumes”, the executive explains. Regarding watermelons, since the 1st of June, they have distributed around 10,500 tonnes, a volume that is slightly lower than last year and with very stable prices. Accordingly, Prats recalls that “watermelon consumption is closely linked to hot weather and last year July started off very hot. We believe that the distribution of this fruit will remain very stable compared to last year’s campaign.”
Referring to melons, particularly Piel de Sapo, which is the most popular on the home market, around 3,100 tonnes have been distributed since the 1st of June at a considerably lower price than last year. In addition to the Piel de Sapo from Murcia and La Mancha, wholesalers are marketing other varieties such as yellow melons, which are mainly for the catering sector, Galias, Cantaloupes and Charentais, which go to the export market.

PrevRonda Fruits: “shopping has become quicker”
Biomarket: the largest concentration of ecological fruit and vegetables in EuropeNext
YOU COULD ALSO BE INTERESTED IN