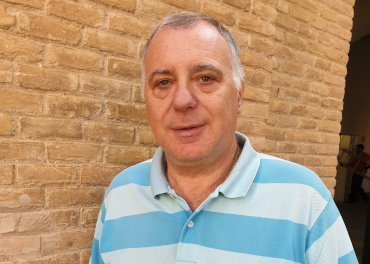 Fruit Today euromagazine talked to Enrique Bellés, the chairman of Intercitrus, regarding the progress of the interprofessional association and its position regarding the World Citrus Organisation

On this last point, Bellés affirms that “a mood of less tension regarding the positions would be advisable.”

When did Intercitrus find out that a World Citrus Organisation (WCO) was being started up? Why aren’t we, as the largest producers and exporters, leading it?

The first communication we received at Intercitrus was on the 24th of September, at the General Assembly of the Interprofessional Association. The Industry’s representative, the manager of Ailimpo reported on the project and he invited me, as the chairman of Intercitrus, to the presentation ceremony of this new forum. Regardless of the members’ positions, I had a personal commitment on this date that prevented me from attending the meeting.

With respect to the second question, it is easy for a virtual organisation, without any activity, beyond that of its members, to be on the sidelines of things that happen in relation to the sector and for this reason, it would be good for its own structure to be generated that works in the Interprofessional Association.

At present, there is no unanimous decision on this point (something that is required by the articles of association); therefore the incorporation agreement to the project cannot be adopted. However, I understand that the future action of the WCO will say whether it upholds or modifies Intercitrus’ members’ reasons for their current opinion.

What could happen at Fruit Logistica regarding this fact? At the moment, another 7 countries have joined since October. Would it be logical to stay out on our own?

Whether it is logical or not is subjective. In fact, amongst the members of the interprofessional association there are different opinions on entering the WCO or not. Currently, the door remains open for us to enter in the future, but it is also true that the best environment to attract those with doubts or misgivings has not been generated. Accordingly, a mood of less tension regarding some positions would be a good idea. Only good reasons, and not other questions, will determine the final option of each of the organisations belonging to the Interprofessional Association.

How has Intercitrus moved forwards since we last talked in September, before the campaign started?

The forecasts have been met. There have been different meetings of its governing bodies, as is normal in any organisation. It is true that, although a series of expectations is being generated, the future of the campaign is bringing about a calm environment; but we have already agreed on a road map that we now must put into action.

Is the Interprofessional Association really starting up? Or, as some people are saying, not a great deal is happening and not at the right speed because we only agreed on the union at a time of panic?

Intercitrus’ long period of inactivity meant starting from scratch, in order to build its foundations again. This part of the structure cannot be seen and this might make it seem that the work is not moving forwards. We have already identified the issues to be addressed, integrating representatives from all the production regions and the work groups will soon be convened. This dynamic will prevent digression and will aid the possibility of defining the questions.

As the chairman, I will try to generate dynamics to ensure that the activation process of Intercitrus is not stopped in its tracks, but I believe it is better to go slowly, but surely.

Is Intercitrus considering changing the articles of association regarding unanimity for adopting decisions?

This debate is one of the issues included in the plan of action for the next few months. The decision that is adopted will depend on the determination of the members, regardless of my personal opinion.