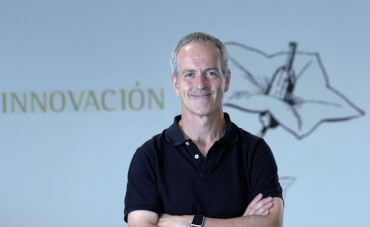 The new demands of the market involve an increasing customisation of the formats, for which sustainability is also required

For this reason, during the 2021-22 period, Udapa, the largest potato cooperative in Spain, is going to undertake a new 4,700,000 euro investment to extend its packaging room. The project, which will mean the introduction of four new lines, has not been planned for a growth in volume, but rather as an efficiency challenge of the processes. “Over the past few years, we have gone from 25 references to 90 and, due to this growth rate, we need more resources,” as explained by Alfonso Sáenz de Cámara, General Manager of the cooperative from Álava.

Added to this improvement project are the cooperative’s new cold rooms, with capacity for 15,000 tonnes of produce, which facilitate and improve the management of the local production.

The cooperative from Álava has just ended its potato campaign under its guaranteed quality brands EuskoLabel and EuskoBaserri with a volume that reached 8,000 tonnes and that means a 16% increase. The economic role that the cooperative plays in the region can be seen by its figures, as Udapa controls and manages over 50% of the potatoes for consumption in the province.

In 2020, Udapa continues to address its Strategic Plan with the spotlight on three cornerstones of the business: the market, where it seeks to be a benchmark; the functionality with the supply chain and relations with the producers and the efficiency of its internal organisation.

The concern about innovation is in the cooperative’s DNA, which actively participates with Neiker (Basque Institute of Agricultural Research) in many projects. The latest of these involves the Bletza variety of purple potato. This variety, with high antioxidant compounds, was launched during the last Christmas campaign and obtained excellent results; therefore, its producers will sow larger volumes this year.

‘Princesa Amandine’ is another of the projects which, along with other operators, it started up months before the pandemic. “For us, it means a challenge as a business culture with a two-way cooperation business model amongst competitors. In fact, this will be the first campaign in which new Spanish potatoes are being sold in France under the brand name Amandine,” the executive comments.

The pandemic, which has meant an unprecedented boost to demand for consumption potatoes, has also been very unfortunate for the pre-cooked business line (Paturpat) for the Horeca channel. “We had to adapt to the takeaway segment and look for sales outlets, supplying ‘mercaurantes’ (supermarkets that provide cooked food). Now, when it seems that everything is getting back to normal, we will expand the factory and start up a new line.”

On the other hand, Udapa is collaborating with the Garlan cooperative, with which it intends for its producers to be able to learn and discover from its know-how in production work.