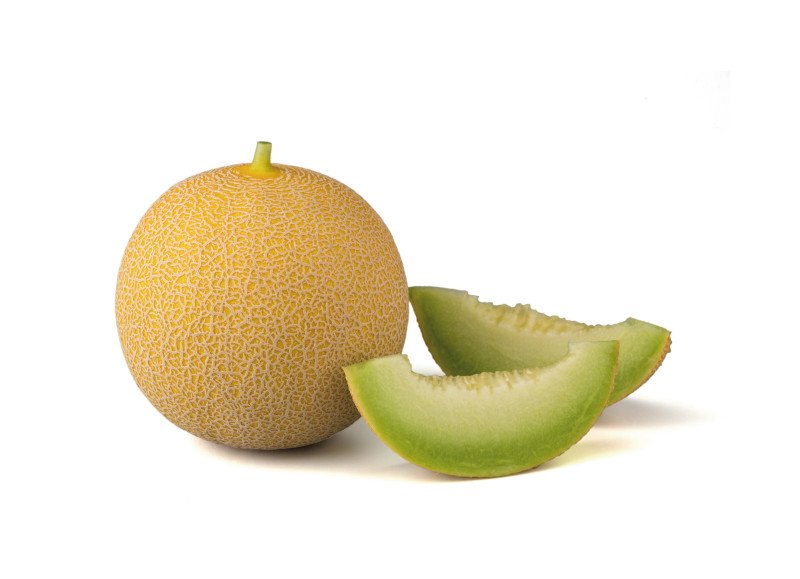 At this time of year, farmers from Almeria are starting to choose the melon varieties that they will plant and, in the case of the Galia melon, one of the most popular options is Brisa F1, the leader in the segment due to its long-lasting quality, high production and easy handling. The variety’s good setting and intermediate resistance to powdery mildew stand out, in addition to other values, such as its attractive appearance and the uniformity of the fruit, very good pistil closing and its excellent conservation. In 2017, Brisa F1 was joined by another two references with which the seed company is bringing back the flavour line without losing any of the fruit’s consistency: Mistral F1 and Terral F1, both perfect sizes for marketing and with high production. The former is for the early cycle (for planting from the 5th of December to the 5th of February) and it stands out due to its great flavour, with between 1 and 1.5 brix more than other varieties; its bouquet and grooving, and, on an agronomical level, due to its early harvesting (it is between 5 and 7 days early). On the other hand, Terral F1 is for the medium cycle (10-15th of February to the end of March) and it is characterised by its homogeneity and long-lasting quality (1 brix more), as well as due to its very good behaviour against powdery mildew, an ideal aspect for ecological producers.

This year HM.CLAUSE is celebrating a very special anniversary for early cycle crops under micro-tunnels in Murcia, but this time in the piel de sapo segment: 15 years of its most impressive variety, Valverde F1. A benchmark for the brands for over a decade due to its quality, uniformity, flavour and texture. Values that led it to revolutionise the market when the segment started to drop.

In another, very different area, that of open air crops in Murcia, HM.CLAUSE also has very interesting varieties on which it has been working for over 10 years now. After the first one it launched, Príncipe F1 (with transplanting from mid-August to the beginning of October), the range continued with Trajano F1 (from mid-October to mid-January), therefore covering the most important months for the crop in South-eastern Spain. Both have a similar shape, with an attractive, compact domed head, a height that minimises the action of mildew and alternaria. Agronomically speaking, Príncipe F1 stands the heat well and shows a significant homogeneity, respecting the 95 day cycle and allowing a two-cut harvest. Trajano F1 stands the cold better and its head is darker. This variety is indicated for the more practical producers, as it can be transplanted over many months, it is very reliable (a 105 day cycle), homogeneous and it has a very good post-harvest.

With its current broccoli offer, HM.CLAUSE covers the period from mid-August to January, the most important transplantation segment for the crop’s quintessential region, south-eastern Spain. Additionally, its development department continues working on the broccoli vegetable improvement programme to extend the portfolio with new varieties that follow the company’s line, bringing value to the different parts of the chain, from farmer to distribution.