Syngenta and Zeraim burst onto the early market 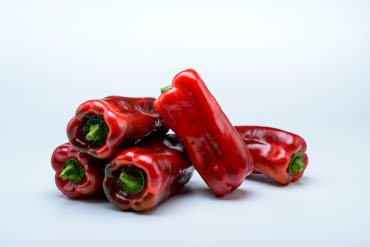 Ayax is the latest from Zeraim, and in a few months’ time Ayumi, from Syngenta, will be in the fields

The brands Syngenta and Zeraim are facing up to the campaign with some important new developments in their portfolios. All the proposals from both companies make them leaders in the medium cycle segment and above all, in the late area, a cycle where stability predominates, in spite of the fact that in recent years, the trend has tended towards a slight reduction in the surface area in favour of the early segment, which is being brought forward more and more in some regions. To adapt to this trend, the two brands will launch new varieties, the Iberia Pepper Product Development Specialist, Alejandro Pascual, advances to Fruit Today.

Syngenta has managed to close a catalogue that is 100% resistant in all colours, for all cycles. The two materials that have “stirred up the hornets’ nest” of commercial varieties, Hokkaido and Saitama, are the company’s most important investments. Both are red California peppers, with double resistance and high quality, therefore they are experiencing a very good sales evolution.

In a few months’ time, the new development Ayumi will be seen in the fields, a red pepper for early cycle with double resistance, good behaviour against silvering and early ripening.

For medium-late cycle, Kaamos (yellow pepper) has become consolidated as an interesting option in this segment. Proof of this is its growth in sales.

Finally, the catalogue of materials is completed with Nozomi (orange), which includes resistance to powdery mildew.

Zeraim and Syngenta’s commitment to giving their varieties maximum resistances is clear. Therefore, in a few years’ time, 100% of their catalogues will have double resistance, in addition to L4 and spotted. A goal with which they will bring greater safety and quality to the producers, along with a point in favour on the growing ecological market.