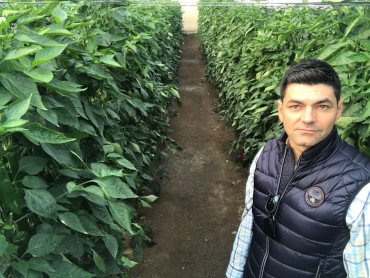 Strong competition from Morocco, scarce return and the crisis, likely to mean a drop in specialities, says Keops.

Ecological fruit and vegetable sales in March and April increased in the midst of the health crisis, according to Ecovalia. In this context, companies such as Keops Agro observed greater interest in vine tomatoes. A trend which, according to the manager, Francisco Javier del Águila, will continue to rise. On the one hand, the economic crisis will make a dent in consumers’ pockets and, on the other, “the crops we understood as specialities are not giving a good return. Many producers are going back to commodities.”

Conversely, specialities are “a double-edged sword. They are moving very fast in Morocco. In Spain, labour is more expensive and we believe that in general, this year there is going to be less surface area of cherry tomatoes, a category that previously was considered to be a speciality and that now has become generic.”

In spite of everything, Keops continues with its dynamics of backing specialities with its 360º ECO strategy, with which they control all the inputs necessary to make their development self-sufficient. “The work is giving its fruits. Portraying it in a brand is having quite a significant impact, in spite of our small size. We have a stable clientele. We are trying to ensure that both our clients and the supermarkets see us as different to the others. Supermarkets specialising in ecological produce value our products very highly.”

The company from Almeria only markets its own production and this year it foresees an 8-10% increase in volume. “We have optimised much of the surface area and thanks to this, we have been able to overcome the problems caused by the DANA. We calculate that we will end the season with a 15% rise in invoicing.”

The company’s slogan is “Growing in quality and differentiation.” To do this, they are developing flavour specialities, “with a different, exclusive touch, using different formats” which, although they yield less in kilos, are working very well on a commercial scale. Their plum tomato Karamel Rome is very highly valued, with great flavour and a very good post-harvest shelf life. This product is framed in the Karamel range, which also includes the cocktail tomato, Karamel Heart and the round cherry tomato, Karamel Cerisse.

They also offer spicy peppers, cucumbers and vine tomatoes in their portfolio.