“We are evolving towards a top-quality strawberry” 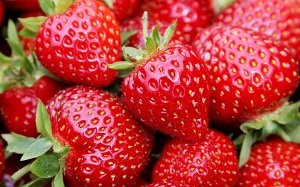 The strawberry campaign, as with the other categories, is being marked by a general increase in costs and by a multitude of local demonstrations that are occurring all over Spain

The low temperatures in December and January caused a 15-day delay at the start of the strawberry campaign in Huelva, accompanied by a lower production volume at the beginning, the Manager of the Huelva Association of Strawberry Producers and Exporters (Freshuelva), Rafael Domínguez, explains.

Domínguez affirms that “thanks to higher temperatures and more hours of sunlight, “we are slowly recovering the volumes corresponding to the previous campaign.”

The fact that the planted strawberry surface area has increased by only 1%, reaching 6,770 hectares compared to the 6,700 of 2021, according to data from the Ifapa, can be explained by a new generalised trend that Freshuelva has also joined: “we are evolving towards a top-quality strawberry,” the Manager of the association states.

Therefore, the new varieties, although they give a slightly lower production, have better quality, as the first strawberries of this year have demonstrated, without any forming problems on the plant. “All of this is a direct result of the actual variety improvement itself,” Domínguez explains.

The trend towards greater variety diversification has also allowed for approximately 45% of the planted surface area to correspond to varieties from Huelva. Amongst these varieties are both the “earliest ones” and the “seasonal ones”, according to Rafael Domínguez.

The Fortuna, Rociera, Marisma and Rábida varieties are some of the ones which, little by little, have been gaining ground. The first two have once again become the strawberry plants most used in the 2021/2022 campaign and they represent 31.1% and 16.5%, respectively, of the cultivated surface area in the province, according Ifapa’s annual study. These varieties, except for Fortuna, belong to the company Fresas Nuevos Materiales (FNM), created at the heart of Freshuelva.

Although strawberries continue to be the cornerstone of Freshuelva, the boom in bilberries is indisputable, as there has been an 8% increase in production. The executive acknowledges that bilberries are the berries that “have grown most in crop area and production” and he adds that “now is the time when the trees are reaching their production maturity.”

Likewise, the fact of being able to eat bilberries at the beginning of the year is possible thanks to early varieties such as Cupla, which is already being harvested. Domínguez affirms that they are also trying to obtain their own varieties that can be eaten up until July, something that will only be possible thanks to the variety innovation, which, as has happened with strawberries, they now already have their own research programmes.

On the other hand, he explains that “bilberries are being imported to be able to serve the supermarket shelves in October, November and December, before the Huelva varieties are harvested. We have companies that import from Peru and Chile and then continue with the local production. It is a fruit that is easy to import due to its good conservation and ease of transport.”

Regarding the evolution of blackberries, the executive affirms that companies such as La Canastita have the “very latest” varieties, with very high production and quality: “It is a product for which a company has to be highly specialised and have the correct varieties. For this reason, the crop hectares remain the same, although it is one of the most popular berries on all the markets.”

The increase in costs is making export difficult

The shortage of inputs and the rising price of transport are some of the factors that are making export more difficult: “the price of fuel has shot up, there are fewer and fewer transporters and drivers, it is getting more expensive all the time to take produce to the United Kingdom, Germany, Poland… And we do it all by lorry.”

However, the international markets are not reflecting this increase in costs in the prices that they are paying Spanish producers. According to Dominguez, “there is no reciprocity in production conditions, and countries like Morocco and Turkey are playing with considerable advantages, such as the price of labour or the devaluation of the lira, in the case of Turkey.”

Added to this are the “sustainability parameters” derived from the 2030 European plan that intends to reach 25% of ecological farming cropland throughout Europe: “the speeches about green farming are all well and good, but in the non-EU countries the same regulations for water or carbon levels, to name but a few of these parameters, do not exist. The irrigation technologies that we have, moving towards water saving, are not available in other countries.”

Regarding the Food Chain Law, the Manager comments that regulating the “impossibility of selling at a loss by the distribution is very good.” However, the problem with the United Kingdom, one of our three main buyers, must be tackled and the fact is that, as they do not belong to the European Union and “to avoid the red tape that the new law involves,” they are buying strawberries directly from other countries, such as Morocco, add new problems to exporting.

A water transfer approved, but with no effect

The drought that Spain is suffering from at present is not a fact that should be ignored and Rafael Domínguez is aware of this, although at the same time the Guadiana basin is the only one to date that has escaped from this drought. “The Guadiana Basin has the highest reservoir water level. We are not about to celebrate this, but at the moment we have sufficient water reserves. In any event, we are in pre-alert for drought,” he explains.

Since then, the farmers from Huelva have been waiting for the work to start that would avoid problems such as the overexploitation of the Guadalquivir basin, according to Domínguez. He adds that the key lies in the budgets, which have yet to be passed unanimously and that this makes it impossible to carry out the Law that was passed 4 years ago, although it is true that the water transfer has been demanded for the past 30 years.

Freshuelva has already announced its presence in this huge wave of demonstrations, being experienced by the Spanish agricultural sector, convened by the platform ‘Y Huelva cuándo’ (When is it Huelva’s turn) to “demand the hydraulic infrastructures that are necessary for the social and economic development of the province of Huelva.”