The company has developed the onion variety SV993 for harvesting in May, in addition to the Red Halen, and it is testing new sweet onion materials 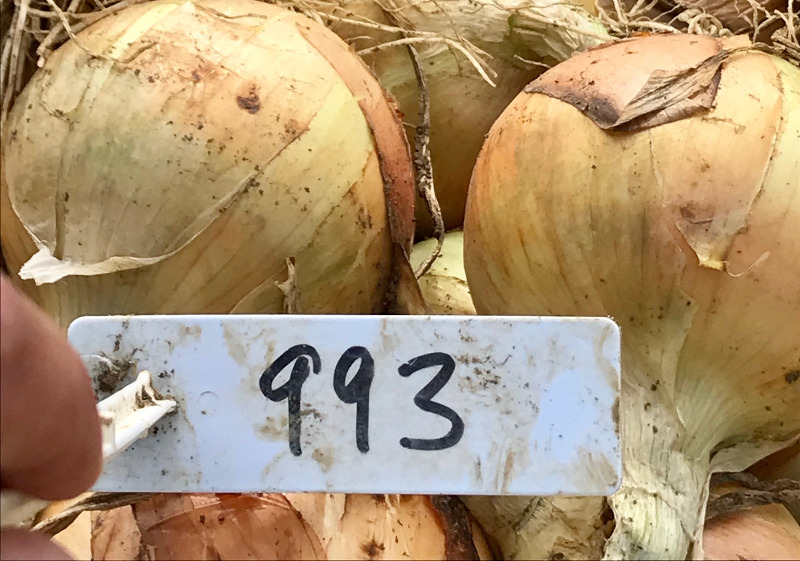 In this onion campaign, the sector is facing up to a considerable increase in the cost of inputs and a shortage of offer, on the one hand due to the drop in crop surface area and, on the other hand, due to the damage caused by weather conditions in the main production areas. The latter has delayed the harvesting work in the Levant, making harvesting difficult in Andalusia and it has caused an increase in disease such as significant attacks of mildew.

In this context, the choice of quality varieties, with resistances and yield such as the ones offered by Seminis, Bayer’s brand, is essential to optimise the crops and guarantee the harvests.

Seminis is working with parental or new crosses of onion. As a result of this line of research, they have developed the SV993 variety for harvesting in May, which stands out for its production, resistance to disease and ‘medio grano’ colour, according to Enrique Montrull, Onion Key Account Manager at Bayer.

Amongst their new developments Red Halen (red) is also worth mentioning. It is also for May harvesting, characterised by its smooth flavour and round shape, in addition to resistances to fusarium and pink root.

The consumption of sweet onions has risen by 15-20% compared to last year, according to Bayer’s estimates. The strong demand for this type of onion continues to boost sales of its Santa Lucia variety, taking over an increasing market share. “It is the queen due to its quality and production. It has a characteristically flattened shape at its ends and it is easy to view and produce anywhere in Spain. Any exporter or packager worth their salt recognises it and knows that it is a guarantee,” Enrique Montrull indicates.

Currently, Bayer is testing out new varieties such as Sweet Magnolia, which in all the trials stands out for its earliness compared to Santa Lucia with the same format and also for its high tolerance to bolting or gleaning. This allows Seminis to extend its offer, harvesting earlier.

Another segment that is growing is that of onions in bunches, stimulated by consumer interest in fresh, local produce. Bayer has a wide range, with which it closes the entire cycle, such as for example, its latest developments Aurosem, Alba Blanca, SV4043, Ajusco and Takana.

PrevFluidity in the onion market
US Early Pride, the new ‘seedless’ variety conquering the marketNext
YOU COULD ALSO BE INTERESTED IN