Red, flattened, easy to peel, rich in juice and seedless, these are some of the characteristics that make the US Early Pride into a variety with great future potential. A new tangerine that is joining the highly valued clubs. 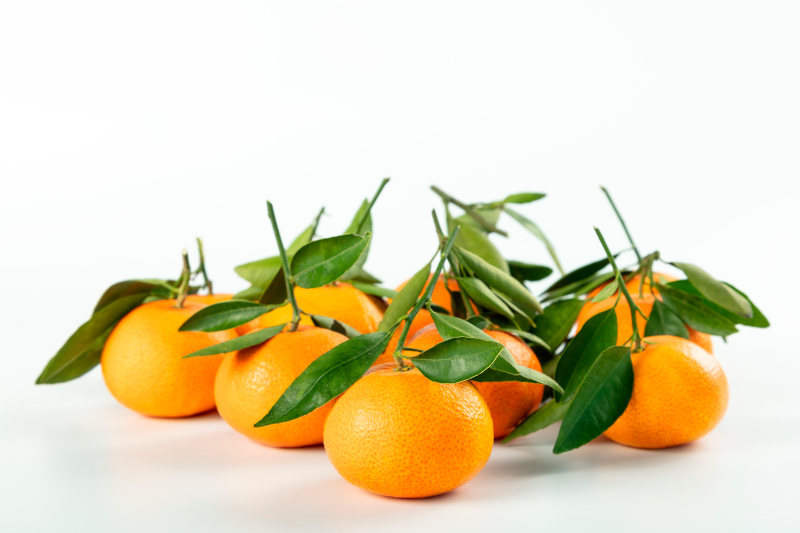 The Valencian company EuroVarieties Agronomic Management S.L. (EVAM) is the exclusive licence-holder of the US Early Pride variety.

This exclusive licence covers all of Europe, Peru, Chile, Turkey, Morocco and the United Kingdom. “We believe that controlling productions in Morocco and Turkey, territories that compete with Spain, will help us to protect the Spanish produce,” the Manager of EVAM, Vicente Estevan, states.

The new variety emerged due to an irradiation process carried out by the United States Department of Agriculture (USDA), one of the three most important research centres in the country. Thomas Gregory McCollum and Jack Hearn were the inventors and breeders of the variety, although it is owned by the USDA.

What makes this tangerine special and different from the rest? Its name gives us a clue: it is an early tangerine, which covers a hole in the market where there are still not many seedless easy-peelers. Its harvesting starts from the 20th of October and lasts until the end of December. It has good durability and behaviour on the supermarket shelves: “It is the first variety in the campaign, when most citrus fruit is consumed and at a time when there no other tangerine varieties available,” Estevan declares.

Bright orange, with very thin skin and leaves, it offers consumers a more natural product, tree-ripened and with greater freshness. “We saw that the market of produce with leaves is very important because we have no competition with other countries.” It has a very unique shape, as it is flattened, with a diameter of around 68 mm and with a balanced sugar-acidity flavour.” It is an easy-peeler and it is not sensitive to pixat fungi, which gives an added value to the final result.

At EVAM they have set the goal of reaching a maximum of 2,000 hectares in Spain and Portugal and Estevan assures that “the first farmers who have opted for the variety are ecological producers.” There are several aspects that explain this fact: on the one hand, as it is an early variety, it needs less water resources than other, later varieties; and on the other hand, there is less presence of spiders than in the other tangerine varieties. Likewise, owing to its breeding method, bees do not need to be driven away, as it can live alongside them. It also does not need nets to isolate it or avoid the seeds, meaning that pollination is easier and setting treatments are reduced.

Finally, the US Early Pride is a variety that is resistant to Alternaria; therefore, it does not require any fungicides to prevent this disease.

Another of its characteristics is that the tangerines can last for 45 days on the tree after ripening without losing their properties. However, the administrator at EVAM underscores the importance of the times: “This variety has the incredible property of being in good conditions from the 20th of October to the 15th of December and, although commercially it admits cold storage without any problem, its strongest point lies in fresh eating and it is presented with its leaves. Its optimum moment is when it has been harvested ripe.”

A process that has taken time

Vicente Estevan Sabater placed his trust in his father, in his knowledge and also in the American science and technology when he imported to Europe an American tangerine variety called US Early Pride through the I.V.I.A. (Valencian Institute of Agricultural Research). American pride has now also become European pride, and specifically, Valencian pride.

However, this trust was just the first step on a long journey. His father, Fernando Estevan, who had devoted his entire life to the fields and to citrus fruit, already knew about the mother of the US Early Pride, Fallglo, which in turn is a hybrid of Bower x Temple. “It was a variety that we liked, but it failed due to its seeds,” Estevan explains.

It has not been an easy ride, as after devoting long, valuable years to this project, only now can the possibilities start to be seen. Beyond the economic aspect, this project has meant a real sacrifice: the patenting process by the Government of the United States of America ended on the 9th of July, 2013, and following this came the long variety protection process in Europe, the United Kingdom and the other licensed territories. And now the licence-granting procedure for third party producers in Spain is starting.

On the 17th of January, 2022, the Community Plant Variety Office (CPVO) protected the US Early Pride variety in Europe. Five months later, on the 5th of May, the Spanish National Evaluation Commission approved it and proposed that this variety should be on the list of commercial variety registers. “We are now at the moment when the plant can legally be sold through AVASA and its member nurseries,” Estevan confirms.

Those interested in the variety can obtain further information on www.usearlypride.es or contact the company on telephone: 603 753 452 or at info@usearlypride.es

PrevProduction and resistances in the latest developments from Bayer
WCO: greater potential, living with uncertaintyNext
YOU COULD ALSO BE INTERESTED IN