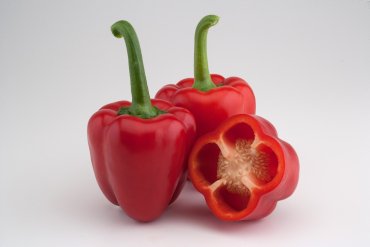 The seed company displayed the potential of both varieties at its annual open days.

Zeraim’s Pepper Open Days have become one of the indispensable appointments for producers from Almeria. Last February, hundreds of professionals attended the guided visits on three farms to discover the new developments from a portfolio of the California type, centred on two premises: quality and resistances.

Churchill is the great new development, followed by Adrianno, which was launched last year and is now in its first important sales campaign.

Churchill is a red California pepper for late plantations, from the 20th of July onwards with resistance to powdery mildew and good behaviour to splitting and microcracking, following in the wake of another four materials from the company: Carlomagno, Pizarro, Numanthia and Máximo. Its robust plant encourages setting in high temperatures, ensuring a good production level from the start of the crop. Regarding its fruit, its good appearance, with four quarters, thick walls and an eye-catching colour, as well as its size, mainly GG, are all worth pointing out.

The product manager from Zeraim, Alejandro Pascual, explained the main characteristics of Adrianno to Fruit Today: a red California with resistance to spotted, virtually no silvering, good conservation and resistance to cracking. In medium cycle plantations its quality is “unbeatable”, sources from the plant breeder defend. Its bright colour, uniformity and “quality with size” are its differentiating values. Added to these is its homogeneity throughout the cycle. “The campaign has started and ended with G-GG calibre, always with very heavy fruits.” A farmer from El Ejido, Manolo Madrid attested to this, as he tried the variety last year and intends extending the surface area in the next campaign. “It has endurance, G-GG calibre and it is very uniform in shape,” he stated.

In addition to these two new developments, during the tour, other pepper varieties could be seen, such as the red Pizarro (the latest) and Carlomagno, the first to launch the line with all the resistances. Or Tuonela (yellow), which offers a very high commercial production and a calibre that is suitable for both cooperatives and auctions. The range would also not be complete without Melchor, “the king of peppers”, which is celebrating its 18th birthday this year in tip-top shape.