Ecoculture is bringing solutions to vegetable stress to Madrid 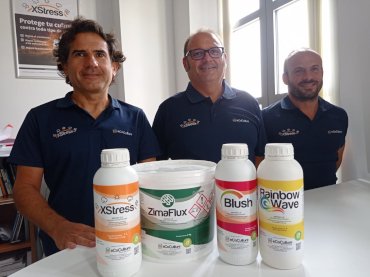 Thanks to their important growth over the past decade, the company will strengthen its relations with national and international clients

The Anglo-Spanish company Ecoculture Biosciences, created in 2011 by Ángel Ruiz Serna and Martyn Pearce, is coming to Fruit Attraction for the first time, where it will strengthen its relations with national and international clients.

In spite of the healthcare situation, the company has continued to grow and has increased its staff, with new delegates in the central region of Andalusia and the south-eastern region of the Spanish mainland, along with its market share: from this year onwards, it is also reaching Colombia, Mexico, Egypt and Iran. A growth that is extending in ecological crops, with certification for some products.

Ecoculture is developing specific, tailor-made solutions to significantly decrease the negative effects of vegetable stress, helping to reduce the losses in both harvests and quality that occur in the production of grain, fruit and vegetables, improving crop health.

Their highly effective range reduces the amount of nitrates and nutrients applied to the crops, resulting in greater environmental benefits and strengthening the plants’ response through their own defence mechanisms to reduce the negative effects of stress. Additionally, it maximises the yield and minimises the use of artificial inputs and irrigation water.

Their commitment, based on the innovation and R&D from new technologies on over 30 markets, has led them to obtain certification for ecological crops in 4 technologies: XStress, helping to alleviate the negative effects of stress; Blush, improving and speeding up fruit colouring and quality; ZimaFlux, preventing and correcting zinc and manganese insufficiencies and increasing sugars; and Rainbow Wave, stimulating nutrient distribution.

Other technologies include NHDelta, reducing the amount of nitrates and irrigation water and improving rooting and growth; CalFlux, allowing plants to absorb and maintain the calcium levels in areas where there is a calcium deficiency; or Slick, optimising the consumption and reducing expenditure in water and encouraging its penetration and distribution in a faster, more extensive and uniform way.