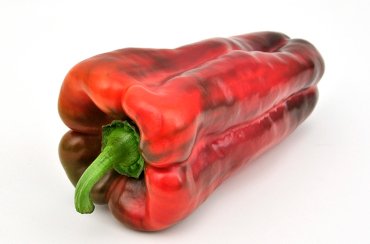 Bayer continues increasing its Lamuyo range under the Seminis brand and maintains the growth of its California peppers.

During this campaign, the multinational company Bayer has incorporated a new Lamuyo variety to its pepper catalogue. This is Barden, for transplanting from the 20th of July to the 10th of August. The dates of this material coincide with another of its varieties, SV5581PH, and it provides the same quality, but with some appreciable differences, such as its greater ease of handling and larger size, with resistances to L4 and spotted.

Luis Twose, the sales manager at Seminis, threshes out some of Barden’s characteristics: “it is a smooth pepper that is very uniform from start to finish and with a colour that is very popular at markets and cooperatives.” Twose recommends “progressively removing the whitening from the beginning to encourage greater setting and strong plants,” as well as pruning to 3-4 stems/plant to improve the size and quality even more. Barden’s production also stands out, with a production potential of up to 10 kg/m2 in plantations at the end of July, which is “very good for these dates.”

Alongside Barden and SV5581PH, which shares the same planting dates (and boasts great firmness and conservation), Seminis offers a complete range of Lamuyos for autumn and summer: Brito for early cycle (transplanting from April to June), which sets in the heat and is a reference in sales due to its colour, firmness and brightness; and Baquero (from May to mid-July), a market leader for its flexibility and significant production, which stands out as it has the largest-sized fruit in its segment.

Producers continue to also place their trust in Seminis’ California pepper range because of its homogeneous quality, in both shape and size, and an attractive appearance thanks to its colour and brightness. This line is made up of varieties that are already well-known and that have a rising sales history with three varieties for red peppers: Velero, SV1215PB and SV 1204 B, along with the yellow pepper, Tormes.

Velero is an ‘all-rounder’, with important production that guarantees the volumes in the early cycle (it is particularly recommended for planting in May, June and the beginning of July), both in green and in red, and it offers G and GG calibres from the start of the crop.

SV1215PB stands out for its endurance on the plant and its excellent quality, colour and uniformity of the fruit throughout the cycle, with mainly G calibre all cycle long, with hardly any cracking.

Tormes, the company’s California yellow pepper brings yield, very good firmness and endurance on the plant. It sets at high temperatures, a fact that is derived from the hardiness of its plant and its quick ripening make up its greatest virtues.

The last to join the range is SV1204PB, for planting at the end of July and the first week of August. The variety offers excellent adaptation to high temperatures, good setting and a high yield, with examples that have reached 10kg/m² during the last campaign in plantations at the end of July. Another example of the potential of the Seminis pepper range for long cycle.