Félix Moracho is an easy-going, articulate man, who speaks knowledgably and swears at just the right moment in the conversation. He invited me into his office for a short presentation and in the end my recorder showed an interesting chat lasting an hour and 50 minutes. On finishing, he handed over the CDs by the latest guests at the Huercasa Country Festival: The Mavericks, Sam Outlaw, Ryan Bingham and Whitney Rose. 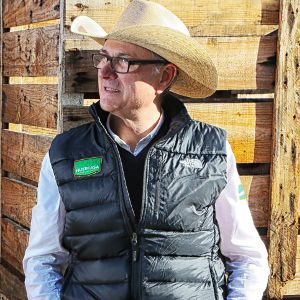 Félix Moracho is an easy-going, articulate man, who speaks knowledgably and swears at just the right moment in the conversation. He invited me into his office for a short presentation and in the end my recorder showed an interesting chat lasting an hour and 50 minutes. On finishing, he handed over the CDs by the latest guests at the Huercasa Country Festival: The Mavericks, Sam Outlaw, Ryan Bingham and Whitney Rose.

This 62 year old, Navarrese man savours life because he has seen death close up. He is resolute and decisive. He puts his country line dancing class before any other commitment and dances with his friends as one of the group. (Click the link to see the video) 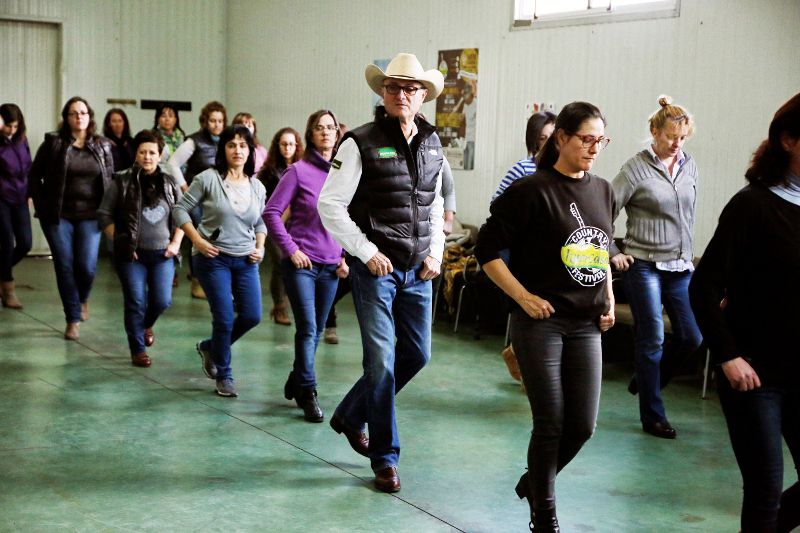 His weakness for books about near-death experiences has moved on to business management, now he has settled all his questions.

Tall and thin, he does not pass by unnoticed. He eats little and he has no choice but to be an omeoprazol addict, because work-related stress has taken its toll on him.

You once told me that companies are lacking in creativity, but I don’t think that is the case with yours. Where did you get the idea of linking Huercasa and country music? It must have been, at the very least, in a sleazy dive in deepest Kentucky or Oklahoma…

The idea arose in Brazil, specifically in a macro-night club in Sao Paolo, the Vila Country. The concept matured and the final pairing occurred during a second visit. We realised that it was a music that cut across barriers, influential not only in the United States, but in many other countries. It connects very well with our produce and it is the best international icon of the countryside. And we are four romantics in love with life in the country, although we know that this is dying.

I thought country music was a genuinely American genre. Have you always liked it?

It was born in the United States, but it has spread all over the planet, generating home-grown country music in many countries. In fact, the largest festival in the world is held in Brazil, with Alan Jackson as the leading performer.

I have been in love with southern rock since my student days. The Allman Brothers, the Debbie Brothers or Lynyrd Skynyrd drove me wild. My, Jessica was a truly amazing song!

So you always knew that you wanted to be an agronomist and live in the country?

No, actually it was a very personal decision that I made during ‘Seminici’, the Valladolid film festival. It was an era when anything from Argentina was in fashion; we listened to Jorge Cafrune and we read poems by Martín Fierro. I had a Spanish-Argentinean friend and we went to see a documentary about the pampas and the world of the gauchos, which had a great impact on me. There and then I made this decision and I decided that I would go to this barren world of huge tracts of land.

But this never dream never came to pass?

The truth is that there was a time when I travelled to Argentina many times, particularly when my friend was the chairman of Aerolíneas Argentinas. I nearly started up an endive company there, but fortunately it never materialised. The country’s economic ups and downs have always been very evident.

I saw some English books on your desk, what type of reading matter do you like?

Excuse me, but I don’t believe it. Someone who quotes Fierro or Goytisolo, as I know you did at an award ceremony recently, has to be a well-read person.

I do not read; I study. I reread, I take notes and I learn. I am against compulsive reading because in the end you don’t retain anything. Learning is what matters.

And what are you studying at the moment?

At the moment, a book on business management, “Funky business forever”, by two highly disruptive business management gurus. I am a great fan of sociological topics and there was a time when I was very fond of self-help and psychology books, and I have also read a great deal about near-death experiences.

Excuse me? About near-death experiences?

We are all afraid of death and of illness and old age. Nobody teaches you how to live alongside situations of irreversible illness or how to die. It would be a good idea to do some kind of training on it. I have done mine and it was very difficult. I have read about experiences of people who were clinically dead or very ill and this has helped me.

And have you been close to death?

12 years ago I had skin cancer and I was admitted to the oncology department of the Gregorio Marañón hospital. Accepting that you have been admitted there is very tough, but if you come out, it gives you a real high. Illnesses unleash self-destructive thoughts. Our health is the work of our thoughts and therefore autosuggestion is based on sending positive thoughts to the brain.

What conclusion did your reach? Are you a believer?

Yes, I am a believer. The human being is not psychologically prepared for accepting death. The degree of complexity of life is such that it cannot be the mere fruit of chance; therefore I believe that there is a superior something or someone out there.

Let’s come back down to earth. I’ve been told that you are a great fan of hiking or mountain walking.

You have been informed correctly, but I had a bad experience two summers ago that had an important effect on me. A brainless friend of mine (he comments derisively), a professor from the Universidad Politécnica de Extremadura, took me on a route through the Gredos mountains that should have lasted 4 hours. We got lost and the 4 hours turned into 14. We ran out of food and water. I wasn’t prepared for this and I almost died on the mountainside. Since then, physically I am not the same; my hip, my legs, etc. all hurt. Before this I would go walking at any time of the night and stay out until dawn. Now I only walk for half an hour or I hop on the cross trainer.

Lastly, when you are line dancing, would you feel more comfortable dancing with Hillary or Trump?

The truth is I’d rather be with Beyoncé, who supported Hillary. (Laughter….).

PrevUnica Fresh, growth in its DNA
ANECOOP, still unstoppableNext
YOU COULD ALSO BE INTERESTED IN